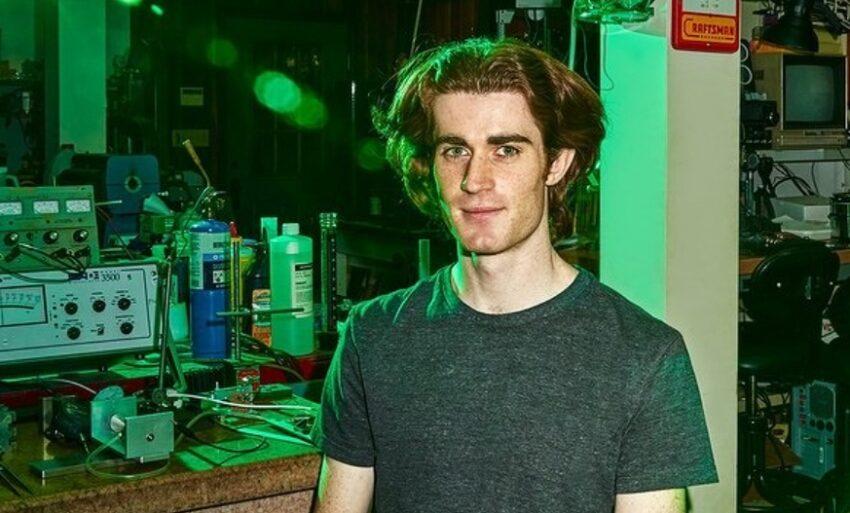 Sam Zilof, 22, built his own microchip factory. He assembled it from obsolete equipment, as well as from hardware developed in-house. Behind him are already two microcircuits. In four years, he developed production from 175 microns to 0.3 microns and increased the number of transistors from six to 1200, that is, 200 times. “Moore’s Law”, followed by Intel, speaks of a doubling of the number of transistors every two years.

Carnegie Mellon University (CMU) student Sam Zeloof has set up a full-fledged mini-chip manufacturing plant in his garage, writes Wired. He became interested in creating transistors and chips back in 2016, being a high school student at that time.

The 22-year-old at the time of publication of the material, the developer has equipped his garage with numerous installations for the full cycle of chip production. He buys used obsolete equipment, acquiring most of it in the state of New Jersey (USA). There, such “hardware” is cheaper due to the high concentration of companies involved in the production of chips in this state. By the way, the student’s garage is located about 50 kilometers from the place where in 1947 the first transistor in history was obtained by Bell Labs engineers.

He made some of the equipment with his own hands, including a photolithographic station. He just bought a used conference room projector from Amazon, upgraded it a bit and combined it with a microscope. This saved him tens of millions of dollars worth of factory photolithography machines.

Zilof’s lab includes equipment that he literally saved from being scrapped. Often he buys “hardware” and online auctions. For example, on eBay, he found a set of cheap 40- and even 50-year-old chip-making equipment that once belonged to closed California technology companies. One of Zelof’s best finds, in his opinion, was a broken electron microscope, which cost about $250,000 in the early 1990s. Sam bought it for $1,000 and then completely restored it. He now uses it to test his chips for defects.

From chip to chip, the possibilities of his creations grow. According to the ArsTecnnica portal, Sam Zilof is following the same path as the global semiconductor industry, only with a delay of several decades.

Zilof started working on transistors of his own design in 2016. He was inspired by the videos of the inventor Jeri Ellsworth posted on YouTube.

In them, Ellsworth demonstrated the process of creating her own transistors, but they were the size of her thumb. Zilof decided to take the process she developed as a basis, improve it and move from single transistors to integrated circuits. He managed to do it in just two years. For the entire semiconductor industry, this process dragged on for almost 10 years.

In 2018, Zilof created his first chip, which he named Z1. He also worked from scratch and the entire process of its manufacture, which consists of almost 70 individual steps. In total, it took Zilof about 12 hours to make one chip.

The original Z1 consisted of six transistors. Three years later, by August 2021, Zilof had a second project ready with a predictable name – Z2. He created it from scratch, cutting silicon wafers himself and drawing microscopic patterns on them using ultraviolet light. He documented the whole process in videos on his YouTube channel and on his personal blog.

For the production of Z2, he used only five devices – a vacuum chamber for metal deposition, a microscope, a plate, his own photolithographic apparatus and a tube furnace. The Z2 already includes 1200 transistors, that is, there are 200 times more of them than in Z1. This goes against the so-called “Moore’s Law”.

This “law” is an observation made in 1965 by Intel founder Gordon Moore. It states that the number of transistors placed on an integrated circuit chip doubles every 24 months or every two years.

Plans for the near future

From December 2021 to the present, Sam Zilof is busy with a project under the expected name Z3. This is a microcircuit capable of performing an addition operation and, apparently, this is only an intermediate chip.

Zilof’s plans include the release of a full-fledged microprocessor that can compete with the iconic chip for Intel and the entire planet with the 4004 index. This is the world’s first commercial microprocessor. It consisted of 2300 transistors.

In parallel, Zilof is gradually improving his own mini-factory. If the original Z1 chip has a manufacturing process of 175 microns, then recently Zilof has access to a topology of 0.3 microns or 300 nm.

This is the level of the commercial chip industry of the mid-1990s. Zilof made such an impressive leap thanks to small changes made to the design of his homemade photolithographic station.

Zilof graduated from the university in 2022. According to him, he does not yet know what he will do after graduation. One of the options is the same development of microcircuits, only on modern equipment.