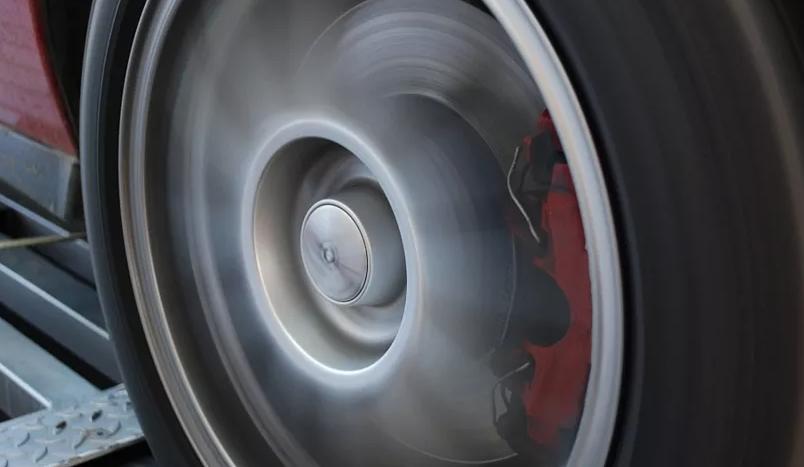 Modifications of the power unit, the purpose of which is to increase the engine power, are invisible to the naked eye. Therefore, in a workshop that offers this type of service, a dyno should be an indispensable element of equipment, which will allow you to verify the results obtained. It is also worth remembering that any interference with the engine software will result in the loss of the warranty.

Modification of the engine control software is difficult to hide.

It seems safer to use the so-called “box”, which is mounted outside the factory controller.

The measurement on the dynamometer is especially needed when modifying the controller software, because in this type of work the changes in the engine characteristics are small.

Poorly carried out interference with the engine electronics can cause more losses than benefits.

The use of the dynamometer after the engine modification is not obligatory, but it seems necessary to obtain the optimal effect.

From the point of view of people who think about improving the parameters of their car, electronic drivers of modern passenger cars have one significant advantage. Well, they allow relatively easy and quick modification or upload of new software responsible for controlling the engine operation. Thanks to this, it is possible to increase the power of the drive unit from several to even several dozen percent, and to optimize other engine operating parameters.

Generally, there are two options for modifying the electronics of the drive system. The first is related to the modification of the existing software in the engine control unit. It is carried out by replacing the chip (hence the name chip tuning), i.e. the computer element on which the injection map is loaded. In place of the original chip, a new one is uploaded with changes made to the most important parameters (e.g. fuel dose, turbo boost pressure or fuel injection pressure). In newer models there is no need for such interference with the control computer. It is enough to connect directly to the computer via the OBD connector and apply modifications to the original software. This method has one major drawback. It is difficult to hide the interference in the electronics, although in theory it is possible to return to the original settings of the engine’s operating parameters.

The second method of improving the engine parameters is the use of an external module (the so-called box). It is mounted behind the control unit and its task is to modify the control signals and increase the dose of the injected fuel. This method is non-invasive (does not interfere with the engine controller) and allows you to easily return to the factory settings of the engine (just unplug the module).

There are quite a few possible types of tampering with the driver software. In addition to changing the injection map, which is generally the most difficult change to detect, the first thing to distinguish is a software version change, control unit replacement, or current unit coding change.

The dyno will tell you the truth

Poorly carried out interference with the engine electronics can cause more losses than benefits. In addition, not every tuning will bring the desired results. That is why it is so important to carefully monitor the introduced changes. Therefore, after the changes made in the software of the drive unit, the car should be put on a dyno.

The dynamometer is a measuring and testing device used to monitor the basic parameters of the car’s operation. Thanks to the possibility of simulating various operating conditions of the drive system, which are analogous to real road conditions, and at the same time fully repeatable, you can easily become independent from changing weather conditions, which significantly reduces the time of such a test.

Workshops commonly use chassis dynamometers, which do not measure engine parameters directly, but do measurements on the wheels. On this basis, for example, the engine torque and power values ​​are calculated. This type of dynamometer allows for quick and efficient testing with high accuracy of measurements.

First of all, because tuning work is best done in stages, the impact of individual changes is so small that it must be measured on an exact device, i.e. a dynamometer. With these precise measurements, it is possible to determine whether there has been an improvement or a deterioration in performance, and by how much.

Second, simply stating that performance is better is not enough. On the dynamometer, it is necessary to determine how the characteristic has changed (the shape of the curve of torque and power as a function of engine revolutions). This is even more important than the size of the increase in engine parameters, because the shape of the torque curve determines the dynamics and acceleration ability of the car.

And finally, thirdly, the measurement on the dynamometer is especially needed when modifying the controller software, because in this type of work the changes in the engine characteristics are small. You need to set the ignition and injection maps with precise measurements so that the modifications are optimal.

Modifications without a dynamometer

Then it is easy to check the “feel” effects while driving on the road, although it will not be possible to precisely determine the result obtained. In addition, not using the dynamometer, we should limit ourselves to a small number of corrections, and we should also install ready-made, developed and tested components at the manufacturer’s.

Dyno should be the equipment of every workshop that carries out tuning modifications professionally, as offered services. In addition to the requirements discussed above, this is due to the fact that customers must have documented the effectiveness of the modifications carried out. They finally want to know what they are paying for.

How to detect engine modifications?

It is worth emphasizing that the warranty conditions do not allow modifications to the vehicle driver software. According to the manufacturer, an increase in power or maximum torque may cause the drive unit to be more strained, and as a result, its service life will be lower. For safety reasons, it is better to avoid such modifications while the car is still under warranty. It is difficult to expect that in the event of any failure of the drive system, the authorized service center will not detect any interventions in the engine electronics. However, is it also easy to detect such modifications in an unauthorized workshop?

As noted by Marcin Friebe from the Technical Support Department at Snap-on Equipment, it should be noted first that the software of diagnostic testers is designed to work with official versions of driver software.

– This is the key information from the point of view of recognizing the symptoms of possible modifications. There are quite a lot of possible types of interference with the driver software. In addition to changing the injection map, which is generally the most difficult change to detect, the most important thing is to change the software version, replace the control unit or change the coding of the current unit – explains Marcin Friebe.

Such changes have significant consequences in the process of even basic diagnostics. In the event of an interference in the software of a given controller, there may be, for example, the inability to automatically recognize the controller, the lack of the controller on the list of available versions for a given vehicle, incorrect reading of fault codes and data, and incompatible / inactive lists of operating parameters.

However, it may not be easy for a workshop to recognize this situation as it requires a lot of experience and knowledge. – Of course, all of the above symptoms may be related to an incorrect vehicle year / model pre-selection, so with this type of product support line, the correct vehicle version selection is first verified, followed by the driver version, software, part number and communication protocol used. On this basis, the identifier of the driver and software can be determined and compared with the vehicle manufacturer’s data – adds Marcin Friebe.