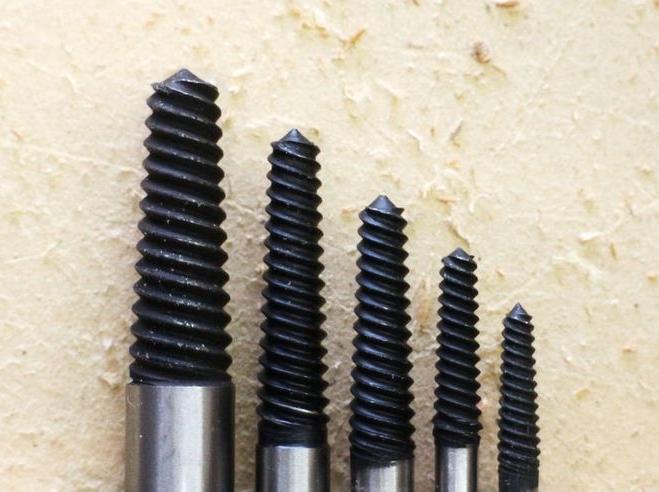 How many hubs have been defective because of broken studs, how many cylinder heads have been scrapped because of faulty fasteners or because they simply stuck! But now there is a sure-fire way to do it without any problems. Find out what it is by reading our article.

The repair of any used car is regularly hampered by rust and dirt that turns any joint into stone. Somewhere it’s easier to cut off and put in new ones, but sometimes a “bolt” won’t solve the problem: for example, wheel studs regularly, like their “relatives” in the engine, break at the moment of extraction. If “part” stuck in “fresh air”, there is a chance to catch it with a tool or, at worst, to weld washer and unscrew damaged fasteners. But what if the residue is in the depths?

There used to be only one method: drill out the hole, shovel out the remnants and then cut a new thread. It was a messy, time-consuming and difficult job, which also regularly resulted in the purchase of a new part. Alas, not everybody is skilful enough to level such a problem unnoticeably for technical condition of a car. Moreover, such service costs quite a lot, as it requires skills and serious toolkit. A part where the long-suffering “chip” got stuck, by the way, should be removed. So, in case of repair of the engine, new gaskets, sealants and heaps of other trifles will be required, which also cost money. However, there is now a much simpler and easier method of removing the remains of a broken bolt without damaging the parts or even the threads.

All you need is a so-called bolt extractor. A set of tools in various diameters costs from $15 and is available at almost every building and repair shop. How does it work?

With a thin drill bit, so as not to damage the threads, we drill a hole in the stuck remains of the stud. Then take the right sized extractor and start screwing in, attention, counterclockwise. Once the new-fangled “device” is nestled in the remnants, add some penetrating grease and continue turning. A few revolutions and the remains of stud will yield and start to unscrew.

Such simple and cheap method not only helps to extract the splinter of bolt, but also saves money, because hole drilling can cause great damage to the part, may break and blunt the whole set of tools, but the result, unlike using an extractor, cannot be guaranteed. Thanks to the development of the Internet there are a lot of interesting and useful tools for household and garage that now does not cost as much as a cast-iron bridge. Spending Saturday mornings reading and reviewing new products and newfangled tools, you can save more than a hundred dollars and look for a lot of interesting ideas, which you can do with your own hands.