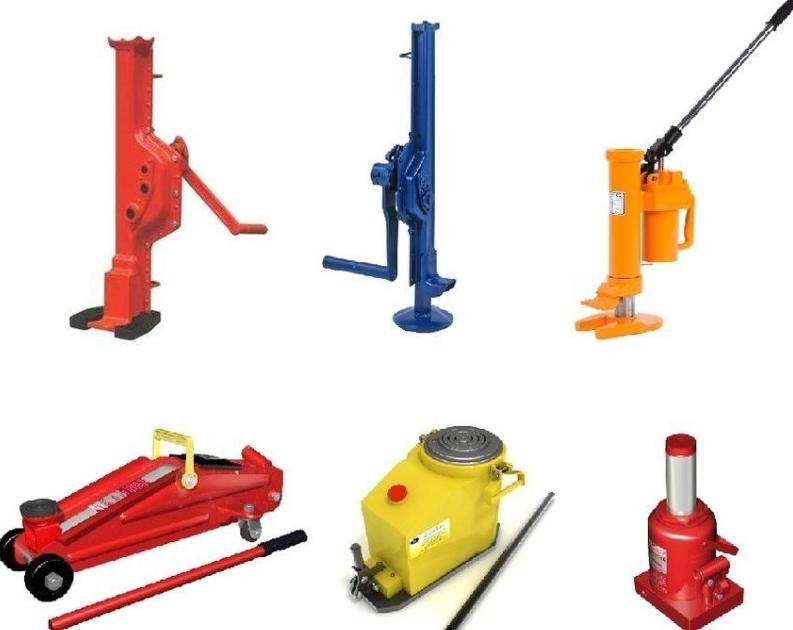 The best modern jack is a mobile phone: you call, complain about a punctured wheel – and you are waiting for help. However, the good old jack should not be rushed out of the trunk yet. Even a European who has a punctured wheel on Sunday on his way from Milan to Verona sometimes rolls up his sleeves.

Which jack to choose instead of the standard one or in addition to it? There is no one-size-fits-all solution. Suffice it to say that a jack that suits a sedan owner will almost certainly not work for someone who drives an SUV.
By the type of drive, jacks are divided into manual (mechanical or hydraulic), electrical and pneumatic (they are connected to the exhaust pipe). It is also possible to classify according to the design of the actuators: rhombic and rolling, bottle (screw and hydraulic) and rack, lever-screw and cushion type.

We’ve evaluated the pros and cons of different types of inexpensive jacks.

Rhombic jack, very similar to those supplied with many cars. The declared pick-up and lift heights are 100 and 390 mm, respectively. Checked: it turned out 110 and 390 mm. It has a comfortable grip with a rubber element. The lift options are suitable for almost any passenger car, but they may not be enough for crossovers.

Bright paint does not hold very well, especially on stressed surfaces – corrosion will develop over time. The lead screw is completely dry – it must be lubricated! Generally inexpensive workable

This species also has electric models equipped with an electric drive, they are less common since this toy is relatively expensive and at the same time not very “powerful”. The gears inside the gearbox are plastic, although it’s better not to think about it. The ascent to the “top floor” takes quite a long time, a conventional mechanical jack copes with the task faster.

This jack has a lifting height of 112 mm and a lifting height of 345 mm. In extreme positions, built-in microswitches are triggered, so the jack will not climb “above the roof”. A small removable emergency lowering handle is provided in the event of a breakdown of the electric drive. It looks like a key to a clockwork toy.

In terms of geometric dimensions, the device is suitable for the vast majority of passenger cars. In a rich configuration, an electric wrench is also added to it. By the way, a good gift for a car owner with any income. Just do not forget to tell the lucky owner to lubricate the lead screw, because it is completely dry.

The declared pick-up and lift heights are 170 mm and 420 mm, respectively. Do not believe: either one or the other! The fact is that the jack has an adjusting screw, which is unscrewed from the rod by a few centimeters. But this should be done before starting work: it is impossible to turn the screw, crushed by a heavy machine. With the screw tightened, the lift was about 390 mm. If you unscrew the screw, then the “grown” jack may simply not crawl under the car. He will be able to lift the popular Logans and Largus, but only with inflated tires, which means that when a tire is punctured, it is useless. And under the rapids of Rio with Solaris, even with inflated wheels, it does not enter in any way.

Summer residents are very fond of jacks of this type – you can, for example, raise a rickety barn. But most often they are used by the owners of frame SUVs, substituting not under the thresholds, but under the frame or bridge beam. However, the support area of ​​such a jack is very modest, on soft ground it will rather go into the ground than raise the car – you need to carry a solid support platform with you.

Rolling jacks are easy to use – it is no coincidence that tire changers love them. However, we are now considering non-professional products, which is why we chose this jack as the smallest and lightest of all rolling stock. After all, it is understood that it will be carried in the trunk, and not rolled on the floor of a car repair shop.